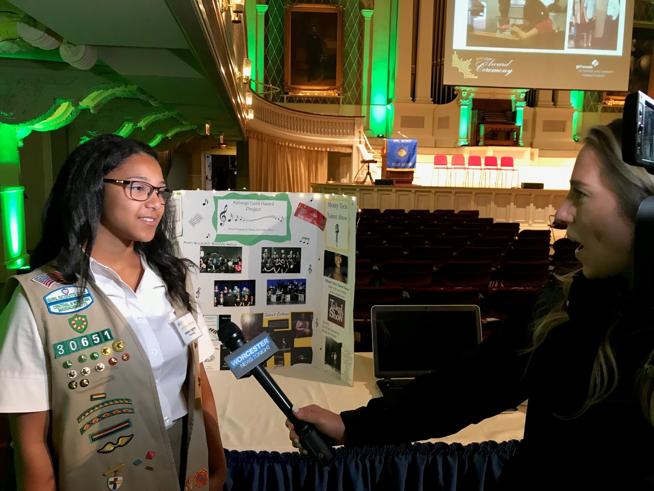 Posted at 11:52h in UVF News by University of Valley Forge

Her project earned her the organization’s highest award, which was presented to Kelsey at a June 20th ceremony at Mechanics Hall in Worcester. The Girl Scout Gold Award is an honor bestowed upon less than six percent of Girl Scouts nationwide.

“Being a Girl Scout for 11 years has taught me to go for gold in everything, and even when you run into an obstacle, you should break through it and keep moving. Success is right around the corner – it just takes hard work, passion, and dedication,” said Kelsey.

The project that earned Kelsey the Gold Award began with a passion for music instilled in her by an elementary school teacher and the idea of offering music electives to schools that didn’t offer music instruction. She proposed and facilitated a cooperative program with the music departments at Leominster and Monty Tech high schools that created a combined band and choral group. They give bi-annual performances and even have a talent show.

Kelsey will be attending the University of Valley Forge in the fall, where she will be majoring in music education and minoring in church music.