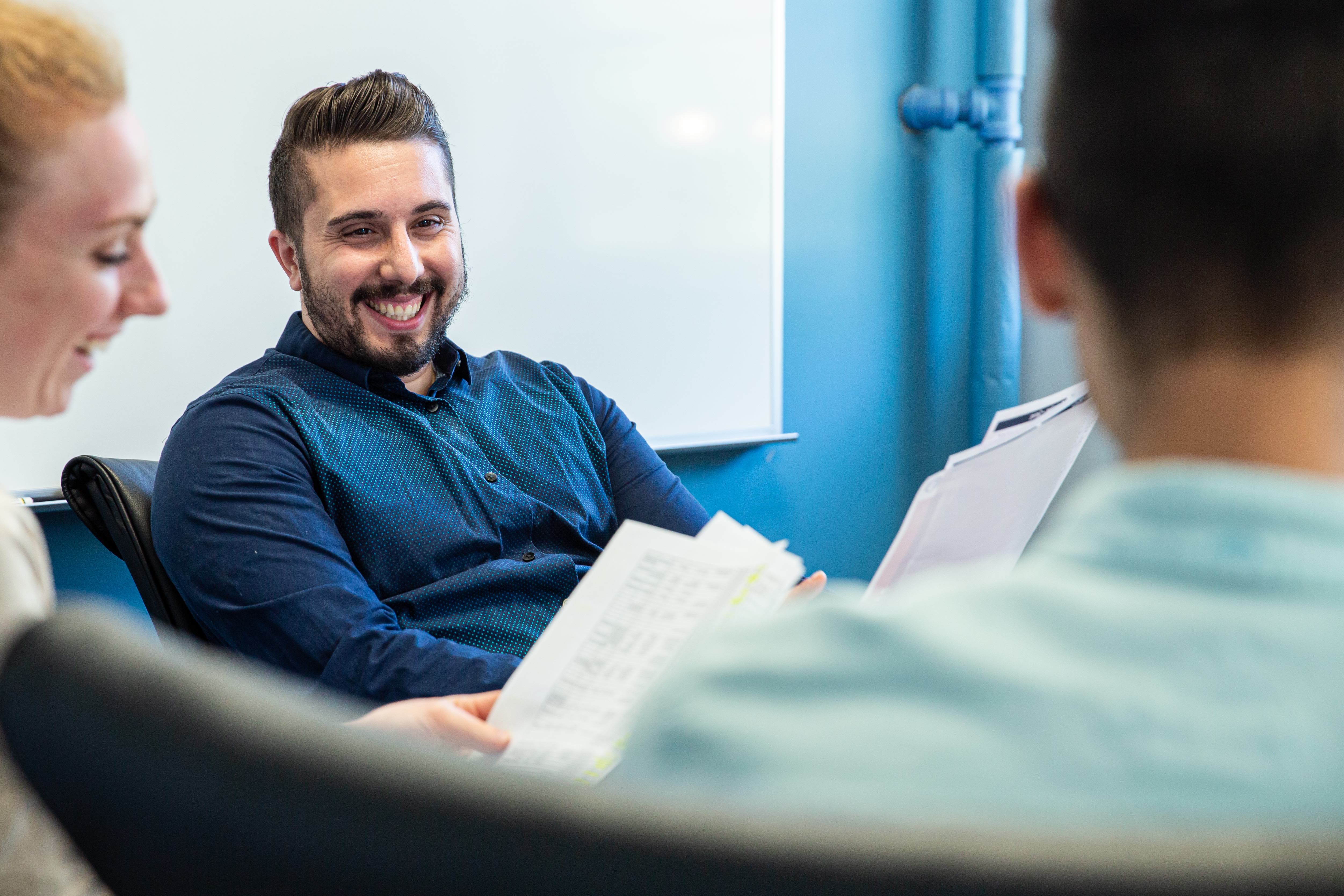 Posted at 10:00h in Alumni News, UVF News by University of Valley Forge

PHOENIXVILLE, Pennsylvania — The University of Valley Forge has implemented an innovative concept that saves the school money while helping top students further their education.

President David S. Kim created the graduate assistant program, which allows the best students to earn a master’s degree in a unique manner. These students, who might otherwise have gone for an advanced degree elsewhere, receive free tuition, housing, and even a stipend. In exchange, they work full time for the school during their master’s studies. Seventeen students currently are enrolled in the program.

The G.A. students are engaged in jobs of importance to gain hands-on experience. Kim personally supervises the students’ professional development with monthly mentoring meetings. Some join the staff of the school upon earning their degree.

Sophie L. Benco of Pittsburgh is enrolled in the G.A. program while working on her Master of Arts in Organizational Leadership degree. She simultaneously is serving as UVF’s spiritual formation coordinator. That involves planning the school’s chapel services four times a week and inviting speakers to the services. It also entails overseeing UVF’s 30 official student small groups, which discuss topics such as loneliness and depression. Benco’s responsibilities include mentoring and coaching.

Benco sees the weekly breakout sessions as a key to unifying the student body.

“They help students experience koinonia — a God-centered, loving community,” says Benco, 20. “The goal is not to sit around and hear more teaching, but to bond with each other, to stand up for each other.” Benco believes the gatherings are beneficial especially for students who don’t have a circle of friends or socialize naturally.

Benco, who graduated from UVF in the spring with a Bachelor of Arts in Pastoral Leadership, has noticed fewer student cliques since Kim took over as president in 2017. She also says students are more open with each other than when she began her college studies after being home schooled. Luis A. Figueroa Jr., 21, also graduated in May with a B.A. in Pastoral Leadership and is likewise pursuing an M.A. in Organizational Leadership. At the same time, he is entrusted with the important role of UVF admissions counselor, which includes online applicants. Figueroa, who is Hispanic, believes students attending the school feel the authenticity of ethnic diversity. UVF, with a student body that is 45 percent nonwhite, is the 10th most-diverse university in the northern United States, according to U.S. News & World Report.

“When students come here, they feel the embracement of different cultures,” Figueroa says. “We can learn a lot from students of other backgrounds — not just ethnic demographics — suburban, urban, and rural. Being a Christian means crossing culture.”

Figueroa is originally from Staten Island, New York. His parents, Luis Sr. and Anna Figueroa, pastored Assemblies of God congregations for more than 20 years and now live in Lancaster, Pennsylvania.

Jesús E. Cruz-Peña obtained his UVF undergraduate degree in criminal justice and is enrolled in the master’s in organizational leadership program, while simultaneously serving as men’s residence director. He says that means he is responsible for the physical, spiritual, and mental well-being of over 170 men on campus. In addition, he meets weekly with 18 resident assistant and assistant RAs, holding them accountable and providing peer mentor guidance.

“It’s a tremendous blessing to be in the G.A. program,” says Cruz-Peña, 26. “It gives me the opportunity to get job experience as I prepare to transition into the world.”

Before becoming a master’s student, Cruz-Peña dreamed of becoming a forensic detective. But now he is praying about whether he should enter full-time ministry. He is serving as youth pastor at Tabernáculo de la Fe, an AG Hispanic church in Philadelphia. His father, Emilio E. Cruz, is pastor of Iglesia Cristiana Vida Nueva, an AG Hispanic church in Webster, Massachusetts.

Cruz-Peña says the experience he’s gaining in the G.A. program will prove valuable, whether he enters a church or secular career.

“This may already be my dream job,” Cruz-Peña says.