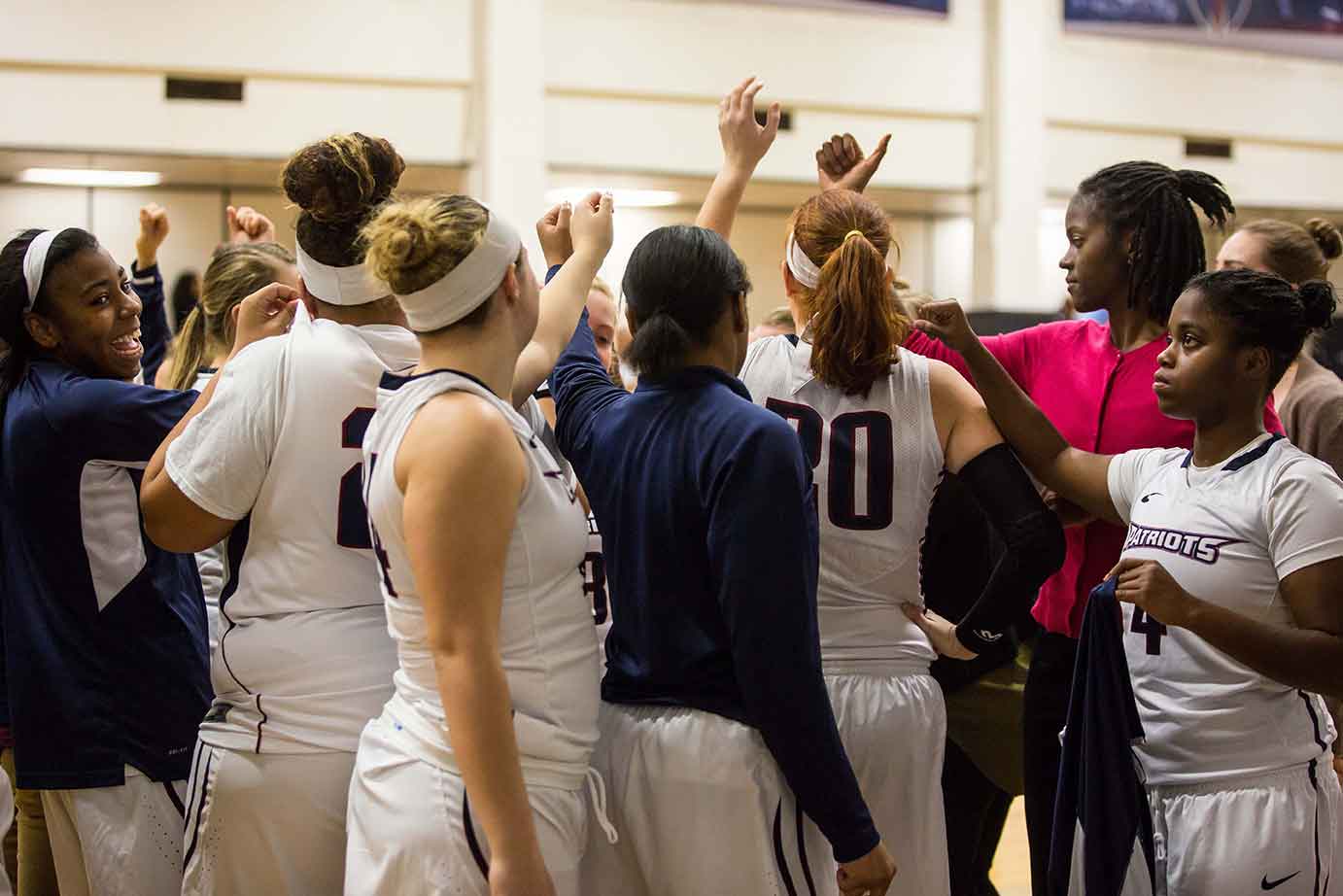 Posted at 14:00h in UVF News by University of Valley Forge

“I’m here at Valley Forge because of a miracle,” said Professor Teelah Grimes as she introduced her testimony during a 10 AM chapel service on October 4, 2017. She recounted the story of grieving the loss of her mother at the too-young age of seven, and as a result of her loss, struggling with low self-esteem during her early teens. Shy and timid, she went through life with a grim countenance. Then, her life changed forever when a young girl walked into the gym and showed the unconditional love of Jesus Christ by pursuing a meaningful friendship with Grimes. That young girl and her family guided Grimes back to the church where, at fifteen, she realized her spiritual emptiness and finally responded to an oft-ignored altar call, giving her life to Jesus. That influential family led Grimes to salvation by faith, and it was by faith that she was saved.

She continued her story by challenging listeners to commit to walking in faith, emphasized in Hebrews 11, and shared the stories of well-known Biblical figures who displayed immediate faith in all circumstances and were rewarded for their diligence in serving the Lord. “And without faith it is impossible to please God, because anyone who comes to him must believe that he exists and that he rewards those who earnestly seek him” (Heb. 11:6 NIV). Grimes’ own story of faith didn’t end at that altar call years ago; it led her to where she is now. Though she had no intention of coming to Valley Forge, she heard the call upon her life to serve at a college. All the right doors opened, and by faith she changed her well-laid plans to come to the University of Valley Forge (UVF). For the last two years, she has been a part of the community of UVF where she serves as the Sport Management Program Director, an assistant women’s basketball coach, and the Director of Compliance.

We are proud to announce that Professor Grimes has recently been appointed to a prestigious position on the NCAA Division III Nominating Committee where she will be responsible for many important duties in the world of collegiate athletics. Surely the faith to which she committed so long ago has made this accomplishment possible. Congratulations, Professor Grimes on your accomplishment and thank you for inspiring those around you with your strong, outstanding faith and dedication to the mission of UVF.

For more information on Professor Grimes’ duties as part of the NCAA Division III Nominating Committee, check out this article by UVF Athletics!

Watch the chapel broadcast of Professor Grimes’ testimony. Learn more about the UVF Bachelor of Science in Sport Management.

Also in Athletics, UVF cross-country runner and junior Megan Knorr claimed the ACAA Cross Country Conference Championship title for the first time in school history! With a time of 25:39 for the women’s 6k, Knorr set a new course record. Congratulations, Megan! Read more about her win!

UVF also hosted the ACAA Soccer Conference Championship on November 4 and 5, 2017. Welcoming teams from other states, both UVF and Phoenixville Area High School graciously allowed the players to use their fields to host the men’s and women’s soccer championship games. For more information on those games, check out the UVF Athletics articles about the Patriot’s Women’s Soccer and Men’s Soccer games.