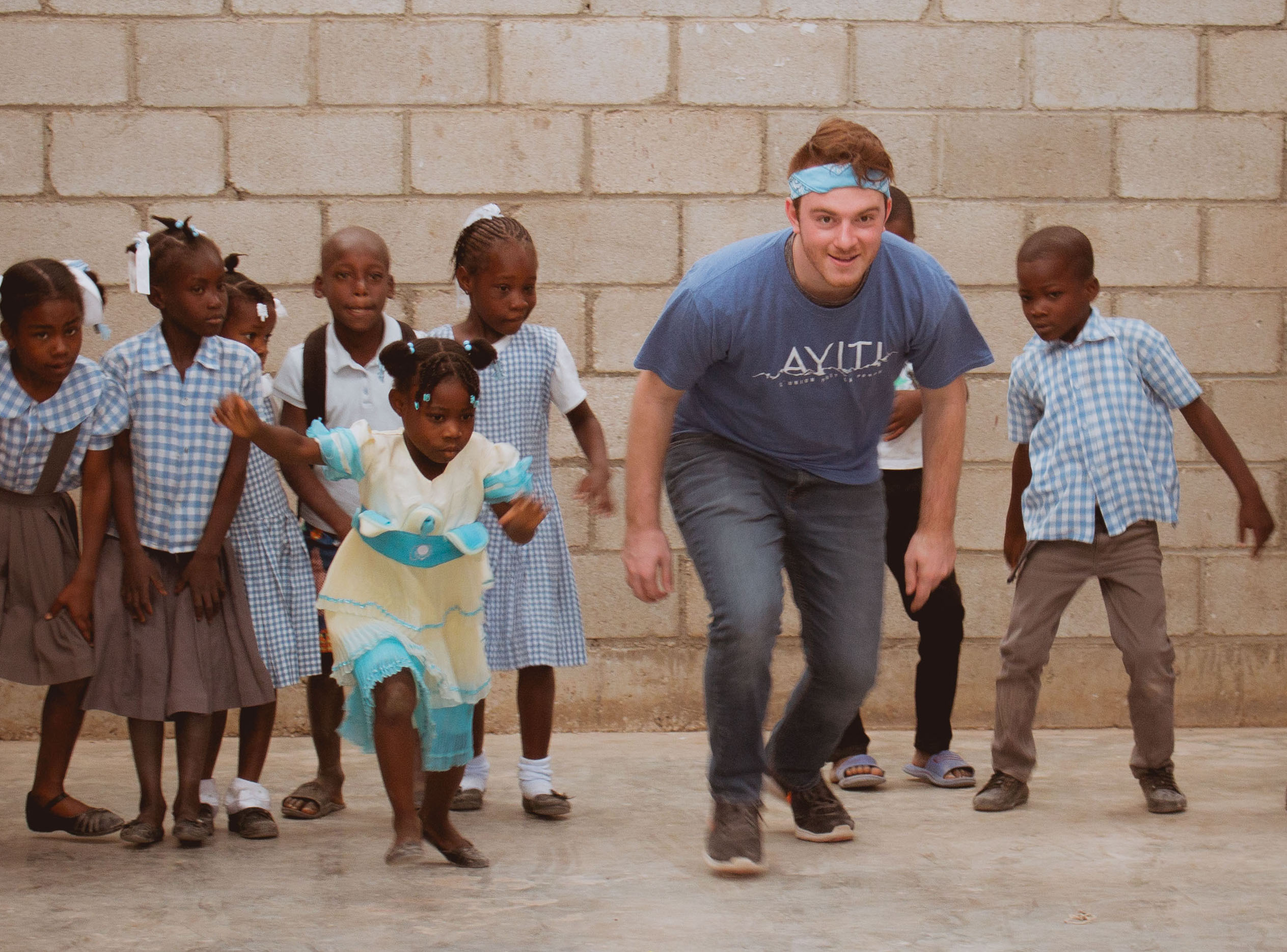 Posted at 12:00h in UVF News by University of Valley Forge

This year, the University of Valley Forge (UVF) sent out 8 teams on short-term missions trips during the spring and summer breaks. The teams to Haiti and Mexico went over spring break, and the remaining trips to Spain, El Salvador, Russia, Japan, Mohawk Reservation, and India embarked later on during the summer. The team that went to El Salvador was originally intending to go to Nicaragua, but due to riots and political unease in the country, God worked circumstances out for them to be able to go to El Salvador and minister there. The teams to Haiti, Mexico, and El Salvador partnered with orphanages, hosted VBS, and ministered to people in the local communities, showing the love of Jesus to all they encountered. Sarah McAtee ’18 said, “Working with Bethel Orphanage this past week was an incredible blessing. The bonds that our team created with these beautiful children are beyond what words can describe. I won’t soon forget my time in Juarez, Mexico and my heart longs for the day that I can go back.”

The team to the Mohawk Reservation partnered with Mohawk Assembly of God, worshipping with and ministering to the children in the local community by building relationships and showing the love of Christ. Brandy Del Gallego said of her time on the Mohawk Reservation, “Supernatural doors were opened and God’s hand was oh so obviously laid over us. We know that seeds were deeply rooted in hearts that will forever change the Mohawk Nation. We saw God move in each relationship, in each worship experience… I saw chains breaking and freedom falling all over hearts in need. God unified His body in the Mohawk Nation and in spite of the spiritual heaviness that lingered in the land, we worshiped God anyway.”

The team to Spain worked with a faith-based rehab program, packaged meals for the homeless, and met with women who had been rescued from sex trafficking. The team to Japan partnered with a local church and missionary family to provide help and support to them and their congregation, using their gifts and skills as musicians and sound technicians. They also ministered to Chi Alpha students and participated in a prayer walk on Tsukuba University’s campus, praying for the students. The team to Russia taught digital media and marketing workshops in three different cities in Russia, using what they have learned at UVF to help pastors and churches network and grow their reach to the Russian people and bring the hope of the gospel. After the workshops, the team was able to converse and spend time with the attendees. It was this easy communication and willing friendship by which the attendees were particularly touched, shared Deborah Phillips ’18. They also visited two orphanages in Novokuznetsk – one of which had been closed to the local church. However, through the church’s nonprofit organization and the team of UVF students, they were able to go into that orphanage, teach American sports, and play with and minister to the kids there – many of whom were led in the salvation prayer. The team to India was primarily made up of education students and alumni who visited and lent their expertise to a few Christian schools in Chennai. The team contributed to Bible-based lessons in Math, Science, Social Studies, Language Arts, Creative Arts, and Physical Education to students in kindergarten to 7th grade. They also visited a few orphanages, one of which was for children with disabilities.

India team staff advisor Sarah Peppel said, “We know that God’s purpose prevails in all things and our trip to India was no exception. Upon entering the country, we were almost sent home due to visa issues and yet, God knew His plans for our group as we met the most amazing people and saw evidence of God’s hand at work in the lives of each. We faced challenges, including serious health issues, and yet the right people were in place to give medical attention when it was needed and we walked in awe of His amazing providence. As we visited local schools to learn about the educational process in India, we were able to build relationships we hope to see continue on many levels.” We are so thankful for the UVF students, staff, and faculty who gave of their time, resources, and love to fulfill the call to take the gospel to the nations.