In 1962, after consolidation with a number of other Bible Institutes in the northeast, EBI became Northeast Bible Institute (NBI). The next year, the four-year Bible College program was officially inaugurated, in addition to the three-year program. In 1967, NBI earned accreditation from the American Association of Bible Colleges. In 1975, the school received state recognition with the authority to grant Bachelor of Science in Bible degrees, and the name became Northeast Bible College.

By this time, the school had outgrown its facilities in Green Lane, PA. In 1974, President Obie L. Harrup, Sr. (1972-1979) visited the site of the closed Valley Forge General Hospital in Phoenixville, PA. God spoke to him and revealed this location as the future home of NBI. While their initial application was turned down, God was faithful, and the land was granted to the school from the federal government. In January 1977, classes began on the new campus under the name of Valley Forge Christian College (VFCC). 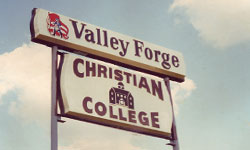 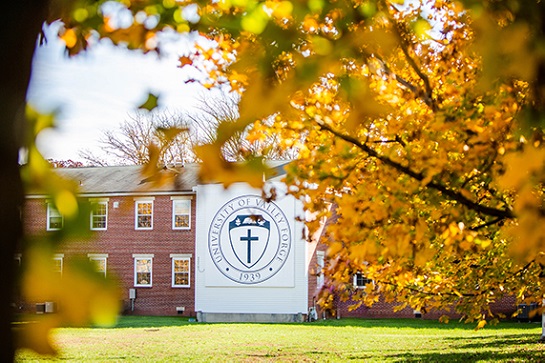 VFCC was quickly approved to grant bachelor’s degrees in religious education by the Commonwealth of Pennsylvania. Accreditation by the Middle States Commission on Higher Education, afforded to nearly all the major educational institutions throughout the Northeast, followed in 2002. In addition, the curriculum rapidly expanded to include more than 40 undergraduate programs and 6 graduate programs, many available online.