Office of The President - University of Valley Forge

Office of The President

Home > About  > Leadership > Office of The President

OFFICE OF THE PRESIDENT

Dr. David J. Kim was appointed President of the University of Valley Forge (UVF) on April 5, 2017.

He is an alumnus of the University of Valley Forge (1997) and holds a Master of Divinity from Princeton Theological Seminary in Princeton, New Jersey (2002). He holds an honorary doctorate from Northwest University (2019), and is pursuing a doctoral degree in Church Leadership and Community Witness at Emory University.

Dr. Kim grew up as a child of missionaries in Ghana, West Africa, later moving to New Jersey and Washington as his parents planted churches. Ordained by the Assemblies of God in 2004, he served as a church planter and worked to establish and lead Christian schools in the U.S. and abroad. He and his family eventually moved to Ecuador where he launched a business-as-missions enterprise, serving as the CEO of Terrayork Cacao, a successful cacao exportation company.

After a life-altering accident in 2013, Dr. Kim and his family returned to the U.S. where he became a church consultant and staff pastor before returning to UVF in 2015 as chair of the Intercultural Studies department. During a season of organizational restructuring, he was asked by the Executive Committee of UVF’s Board of Trustees to serve as Chief Operating Officer, a role he held from December 2016 until his appointment as President.

He has a passion for discipleship, for planting churches, and for equipping churches and organizations to prepare followers of Jesus who will impact the world. 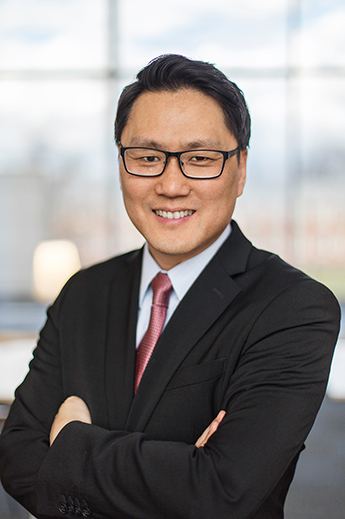 To contact President Kim, please reach out to his Administrative Assistant, Samantha David at SLDavid@valleyforge.edu