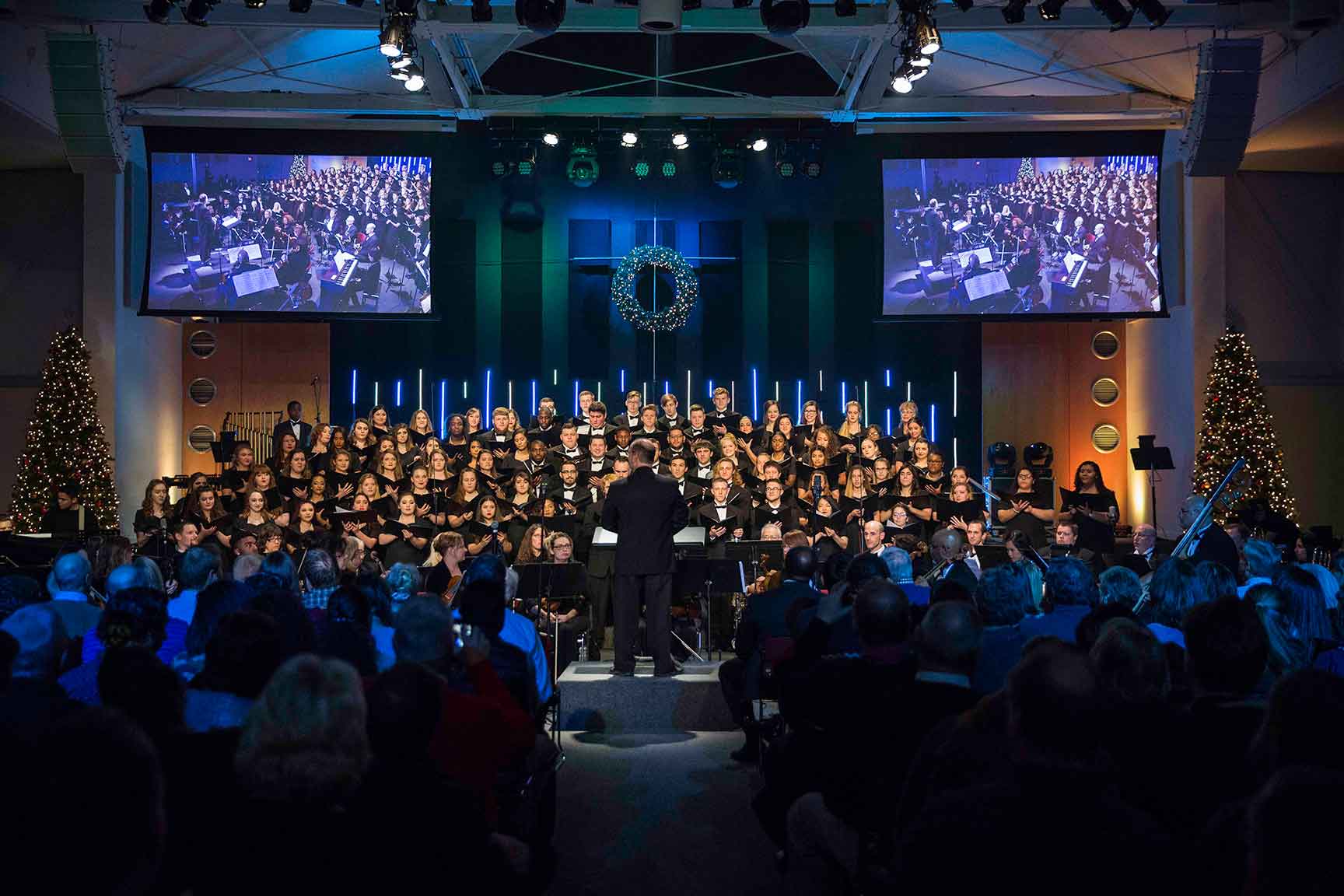 Posted at 14:00h in UVF News by University of Valley Forge

The annual Christmas at Valley Forge concert brought attendees from near and far to the University of Valley Forge (UVF). Concert-goers were welcomed onto the campus by lighted luminaries lining the sidewalks up to the Flower Chapel. A festive display of Christmas cheer greeted attendees inside as they enjoyed both modern and classic holiday melodies, performed by the Music Department’s various ensembles.

Talented musicians and singers comprised the four groups performing during the evening: the Wind Ensemble, the Patriot Bells, the Jazz Ensemble, and the University choir. From each group came beautiful and inspirational Christmas songs, ushering the entire campus and surrounding community into the joyous season. The first half of the concert was accompanied by a dazzling light show, and included a carol sing-along with the audience. The second half – in keeping with tradition – was made up of excerpts from Handel’s Messiah, supported by an orchestra and conducted by Dr. William DeSanto.
Friday’s performance on December 1 saw over 400 in attendance with almost 6,000 online viewers watching the Facebook Live broadcast. Saturday’s performance on December 2 saw over 500 in attendance and an online viewing audience of almost 2,000.
Special thanks to UVF’s Music Department, student and local musicians, vocalists, and the UVF Media Production Team for their hard work and dedication in putting on another spectacular Christmas at Valley Forge concert!

For anyone who missed the concert or would enjoy listening to it again, the recorded Facebook Live broadcast can be found on the university’s Facebook page.

Photos from Christmas at Valley Forge 2017 can also be found on UVF’s Facebook page.