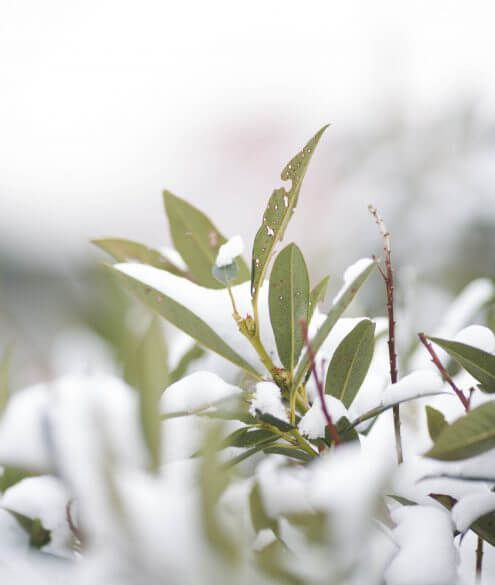 Posted at 15:49h in Creative, In Season by University of Valley Forge

I like the way the cold pinches my nose when I walk outside. I like the way the tips of my fingers go a little numb, and the way my hair gets blown into my face. And I love the way that every single white speck falling from the sky looks totally different to the one next to it, no matter how average they look from a distance. The snow gets swept up into little dunes and squiggly lines form like waves in the wind. The already fallen powder blows around like a dust cloud. It’s fun to watch – especially from the cozy warmth of my home.

On the road it’s not so pretty: it gets kicked around by the cars, caught up in tires, and spat out at the rear end of those roaring, polluting behemoths. Black and grimy and gross and bleck. No one likes car snow. Sidewalk snow is no better. That recycled mess brings disgust. It’s funny how the winter is the only time we really see all the dirt we cause. But we don’t like to bring so much attention to the hidden and hideous side of our glorious manufactured empire, so let’s move on from that. I much prefer the pure untouched carpet in my backyard anyway.

In the moonlight, the snow gleams like an enchanted frozen sea. When you see its ghostly appearance, you can’t help but shiver. What’s normally white glows blue. It’s easy to imagine fairies and nymphs shyly poking their heads out. Gathering courage, they’ll eventually emerge and dance together under the soft caress of the gently falling light.

Winter mornings mean gray skies and five more minutes in my warm bed before getting up. But if you look out the window and see the snow glistening in the early sunshine – maybe even catch a ray on your face – then clawing your way out from under the many layers of fleece definitely seems worth it. Shivering in your pajamas on the cold hardwood suddenly doesn’t matter anymore. It’s just you and the universe for a single shared moment, and that’s beautiful.

Winter afternoons mean the sun is shining high and lazy clouds are tripping across the sky; sometimes blocking out the light, sometimes letting it glow. The snow blows around peacefully, rolling like a miniature land hurricane in slow motion. Every square inch of snow-covered land shimmers in its own special way. It looks like a field of glitter and you just want to roll in it, but you don’t want to ruin it with your unworthy footprints.

But winter sunsets are my favorite. When the sky isn’t gray or blue, but rusty orange, pink, purple, cheerful yellow, and with a streak or two of deep red. The light plays in the snow and makes it sparkle, making little snow angel ghosts only visible when you look at just the right angle. When I’m looking out the window and I see that elusive light show – the one that only happens for a split second every evening – I think maybe I’m the only one who saw it. Maybe I share a secret with nature. Maybe that makes me a member of a secret club of people who see what no one else does in all those bleak, forgotten winter days.

Yet the snow always seems to melt and the green grass replaces what used to be my secret paradise. All the trees wake up and the flowers bloom. Fresh smells waft in from the open windows and fill the house. I like the spring, summer, and fall – they’re dazzling. But I’ll always be waiting for winter; waiting to share my secret with nature again and gaze out contentedly at the crystalline beauty that everybody else complains about.