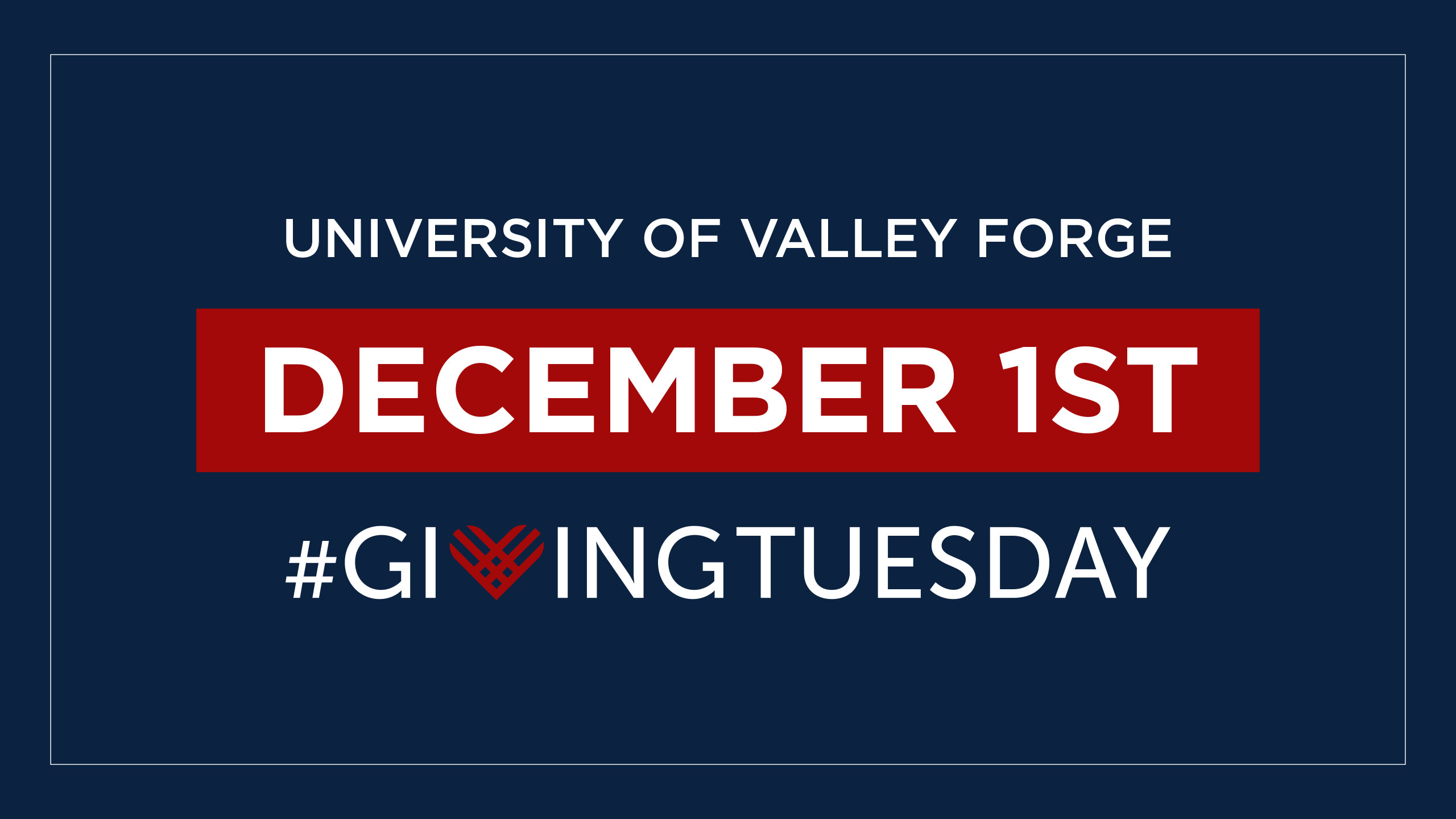 This year, the University of Valley Forge participated in Giving Tuesday on December 1st – a global day of giving “that harnesses the collective power of individuals, communities, and organizations to encourage philanthropy and to celebrate generosity worldwide” – to raise money for student scholarships to bless students who might not otherwise be able to afford college. Instead of focusing entirely on a single day of giving, UVF opened up the entire month of November before Giving Tuesday to raise money, with a goal of raising $65,000 for student scholarships. A very generous donor gave a gift of $25,000 to match the first $25,000 raised, and in the end, UVF raised a total of $54,468!

Leading up to Giving Tuesday, UVF highlighted three students – Kelsey Aggrey, James Boyce, and Gillbert Choi – who benefitted from both donor and UVF scholarships. They shared how they were each blessed by the scholarships they received, and how they made it possible for them to attend UVF and pursue their God-given callings. Their testimony videos can be viewed below.

Kelsey Aggrey is a Music Education major who is excited to share her love of the Lord, music, and education with her own students some day – check out Kelsey’s video here!

James Boyce is a Youth and Family Studies major who switched majors after God placed a calling on his life to work with and minister to teenagers instead of pursuing a career in Criminal Justice  – check out James’ video here!

If you were a part of giving to student scholarships this year, thank you so much!! Your generosity will go to bless students like Kelsey, James, and Gillbert who will be able to discover their purpose for God’s glory and pursue His calling on their lives at UVF. If you were not part of Giving Tuesday, but you’d like to make an end-of-year donation toward student scholarships or another area of UVF, you can do so by going to the Giving page here. We thank you for your generosity and pray the Lord blesses you abundantly for sowing into the students and ministry here.