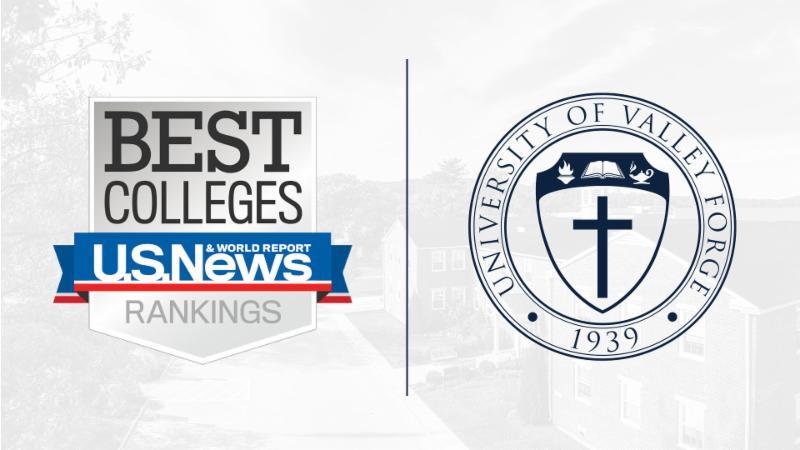 Posted at 12:45h in UVF News by University of Valley Forge
The University of Valley Forge (UVF) has recently been included on the list of the Best Regional Colleges North by U.S. News and World Report. They explain their ranking process as having to do with the category or mission of the school, as well as their region, and are compared against schools with similar missions in that area. The data measured was gathered “from and about each school in up to 16 areas related to academic excellence.”
Colleges are also ranked based on their scores overall. The scores of the top three-fourths of these schools are what U.S. News publishes on their lists, and on which UVF was included. These rankings are helpful for students looking for colleges because they display the strengths of the academic program at each school they may be considering.
In a three-way tie for #26, UVF ranked in the top half of over 50 schools on the list of Best Regional Colleges North. Other Assembly of God schools North Central University and Southeastern University also ranked #57 and within #107-141, respectively, on the Midwest and South lists.