Back to the Basics – Originally from AG News

Home > Alumni News  > Back to the Basics – Originally from AG News 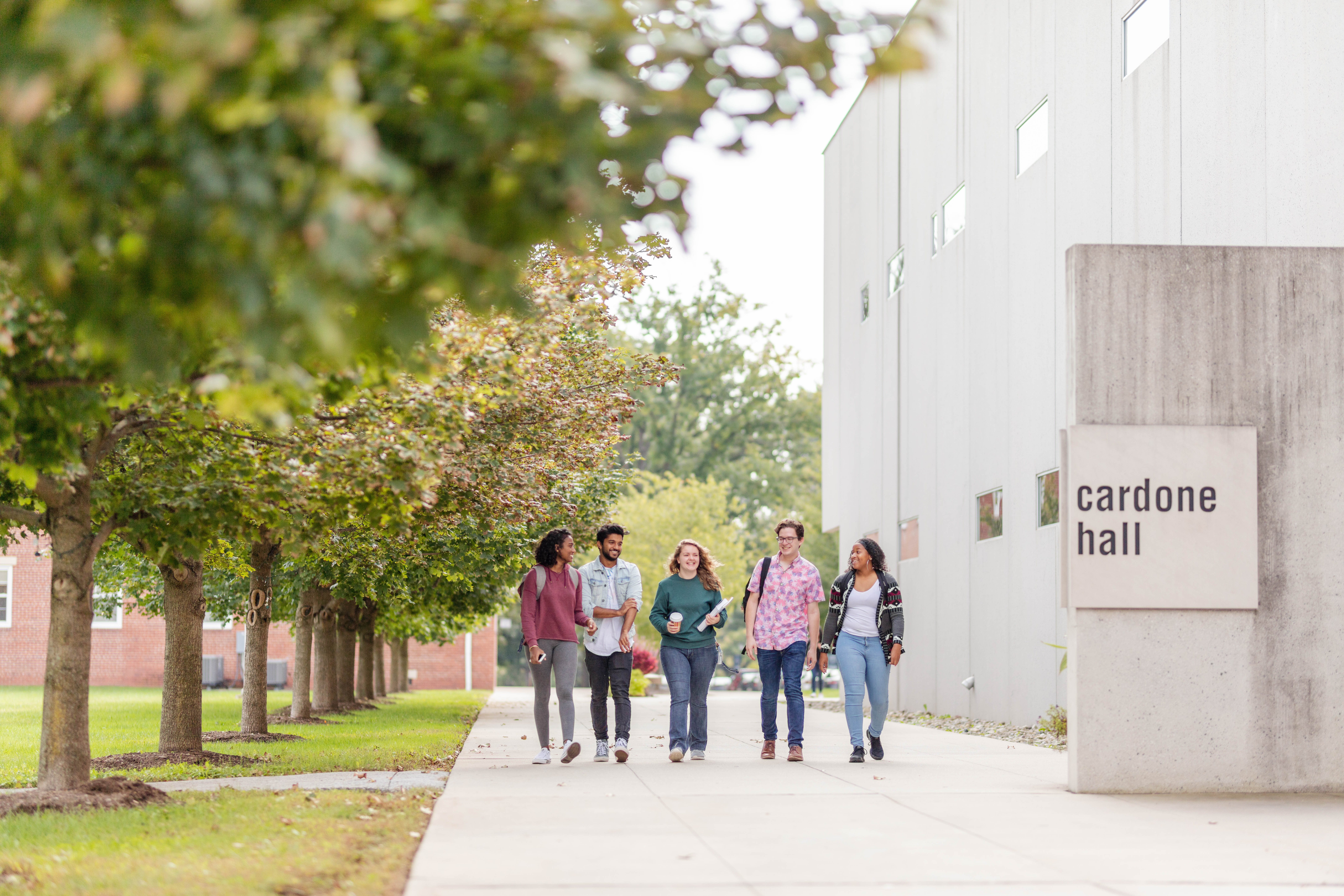 25 Oct Back to the Basics – Originally from AG News

Posted at 14:51h in Alumni News, UVF News by University of Valley Forge

PHOENIXVILLE, Pennsylvania — The publicity photos of some evangelical schools look forced, with the smiling faces of students from multiple ethnic backgrounds implying diversity that is unrepresentative of the reality of campus demographics.

Not so with the University of Valley Forge, the Assemblies of God school in Phoenixville, a bucolic suburb 28 miles northwest of Philadelphia. The institution is a true melting pot, with 45 percent of students constituting ethnic minorities, making it the most diverse campus of any of the AG’s seven regionally accredited schools.

It’s no surprise that Valley Forge President David S. Kim is the first ethnic minority president at any of the Fellowship’s regional schools. Kim is emblematic of the varied backgrounds present in the student body. He is Korean-American and grew up in Ghana with his missionary parents. Kim spent several years in Honduras, Nicaragua, and Ecuador pursuing business ventures.

“We want to be the go-to school for the Hispanic community,” Kim says. “We’re succeeding in that.”

The school is more diverse than Phoenixville, which, according to the latest U.S. Census, is 78 percent white. The 102-acre UVF is situated among the rolling, wooded hills on the outskirts of Phoenixville, a quaint, picturesque city of 17,000 settled in 1732.

The physical property presents challenges. Except for four buildings erected early this century, the brick structures on campus date to the 1930s. Kim, a 1997 Valley Forge alumnus, concedes he didn’t enroll because of the wonderful amenities.

But instead of dwelling on building maintenance needs, Kim is more focused on establishing a discipleship culture on campus. That bucks a trajectory many evangelical schools have taken in a competitive educational environment of allowing open enrollment — accepting students who don’t necessarily adhere to theological dictates because the school needs their tuition.

“Although we are a liberal arts college rather than a Bible college, we believe everyone here is called to be a disciple-maker, not just those who are going to be ministers and missionaries,” Kim says. “We’re not going to compromise. If you come here, you must be a follower of Jesus who wants to grow spiritually.”

“Our goal is to be a Great Commission institution, a school where missions is part of everything we do,” says Ireland, 50. “Pentecostalism has long embodied missions in the role of the whole body of Christ. That’s very biblical.”

Ireland says a Christian university must be purposeful about discipleship rather than assuming it’s taking place. That’s why the school implemented 30 weekly small group chapels, each with about 15 students, this fall.

“Students are held accountable in a small group context when friends and dorm mates are intentional about spiritual journeys,” Ireland says. “It creates a different dynamic.”
Jerome N. Douglas, vice president of academic affairs, says preparing students for whatever mission they will face after graduation has become a priority at the school.

“We’re trying to build a stronger sense of community, with team focus and collaboration,” says the articulate and jovial Douglas, 44. That also includes providing a welcoming environment for students, regardless of their skin color. The fact that Douglas, the son of Jamaican parents, is an administrator inspires many minority students.

“If you see someone who looks like you, it broadens the perspectives of what horizons are possible,” says Douglas, who also teaches ministry leadership and theology courses. “It says there is someone in a position of authority who understands my journey.”

TIGHT-KNIT COMMUNITY
The decision to invoke stringent spiritual standards has resulted in lower enrollment. Currently there are 603 total Valley Forge students, 425 of whom are traditional residential students. However, many of those who attend sense that UVF offers a family atmosphere. The Anvil student center is a buzz of activity that includes the Jazzman’s coffee shop, a popular hangout.

Hannah S. Ventling, a junior from Youngstown, Ohio, is a tenderhearted, cheerful, and personable student with sparkling eyes. She chose Valley Forge because she believes the school will help her discover her calling. And she likes the cozy ambiance.

“I didn’t want to go to a big school,” says the 20-year-old Ventling, home-schooled through high school. She is keeping her options open, majoring in global business, but also taking missions courses and minoring in children’s ministry as well as deaf culture studies.

Over the summer, Ventling served as an Ohio Ministry Network kid’s ministries intern at camps. She would like to work in missions in Africa at some point.

“This broad education will lead me to some form of ministry,” says Ventling, whose home church is Rush Church in Canfield, Ohio. “It’s good to have different skills in my back pocket. Valley Forge has stretched me in a new environment and brought me out of my comfort zone.”

This fall, the school officially launched the 30 small groups for students to get to know each other better. Next year, Valley Forge will implement one-on-one discipleship instruction.

“Students need to know how to abide in community, with God, in small groups, in large settings, and while alone,” Kim says. “You can’t make disciples without relationships.”

Kim, noting that the grounds originally housed a hospital, wants Valley Forge to be a place of spiritual, physical, and emotional healing.

“A lot of broken young people come here,” Kim says. “They are facing challenges of anxiety, loneliness, depression, and feeling overwhelmed. We want students to experience healing here at the University of Valley Forge so they can become agents of healing in the world.”

Kim has faced many struggles himself. He has been a church planter, Christian school principal, and CEO of a successful Ecuadorian-based cacao exportation company. But in 2013, the driver of a pickup truck in which he rode wrapped the vehicle around a tree. Consequently, Kim has three screws in the right side of his face and an acrylic right eye. Kim permanently lost his physical vision in the eye as well as temporarily relinquishing spiritual vision in his soul. He faced an extended period in the wilderness.

After being a success in the business world, Kim had to learn how to depend solely on Jesus for his future. Valley Forge helped him find his way back.

In 2015, he became Department of Intercultural Studies chairman and in 2016 he advanced to chief operations officer at the school. Various faculty members coaxed him to submit his application for the presidency vacancy. Don G. Meyer retired in July 2016 after leading the school for 19 years. In April 2017, the board chose Kim, then 42, to become the 10th president of the school founded 80 years ago.